Since that time, the facilities have expanded to incorporate the buildings on either side of the original 208 location. In 1952, Bob purchased the facility from Mr. Dysart and lived in the apartment upstairs. Mr. Dysart continued funeral directing until his death.

Bob married Doris Ballerine and became the proud parents of two children, Mimi and Bobby. Bobby graduated from Putnam County High School and also graduated from Worsham, class of 1986. He worked closely with his father from his apprenticeship until the time of his death in 2001. He continues to carry on the tradition to this day.

Since 1935, the current location has undergone many renovations. At the present time we are working to complete its latest renovation. As years go on, the facilities will have to change to accommodate the demands of the families they serve and the public and we will continue to do so as needed.

Some of the changes that have taken place to help accommodate the wishes of the families we serve include a larger visitation and funeral service area, a new building front, a family room, more parking facilities and a larger fleet of vehicles. The name has also changed to Dysart - Cofoid Funeral Chapel.

The current staff of Bobby, his wife Darlene, Bo and Mandi, help to assist in the request of the families they serve in any way possible.

We look forward to many more years of service to the community. 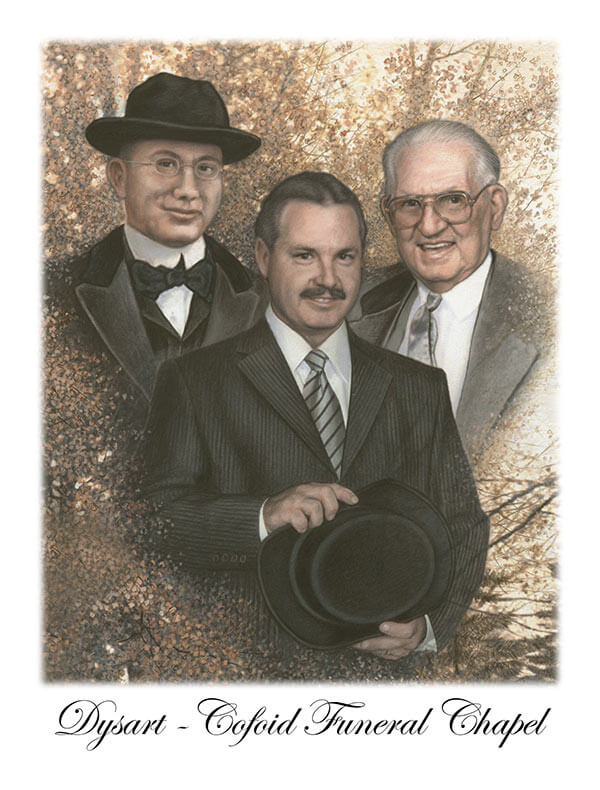